Chigozie Umeadi is entering his first season as General Manager of Windy City after becoming the Chicago Bulls Director of Basketball Operations in January 2021. Prior to joining the Bulls, Umeadi spent seven years working for the NBA in basketball operations (2013-16) and basketball and strategy analytics (2016-2020). He also worked as a Marketing Executive and Client Management for Edge Sports International (2012-2013).

Josh Malone serves as Windy City's Director of Basketball Operations. Prior to joining the Bulls, Malone had experience working as the Video Coordinator / Player Development Coordinator for the Salt Lake City Stars (NBA G League affiliate of the Utah Jazz) during the 2019-20 season and the Capital City Go-Go (NBA G League affiliate of the Washington Wizards) during the 2018-19 season. Malone earned a bachelor's degree from California Lutheran University and a master's degree from the University of Memphis. While at Memphis, Malone also served as a Graduate Assistant for the Tigers' men's basketball team from 2016-2018. 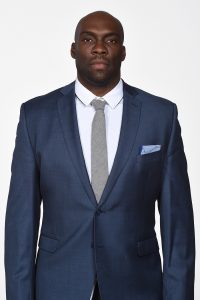 The Chicago, Illinois native starred at Naperville North High School and played collegiately at Eastern Illinois. While in school, Domercant had the second-highest Division-I scoring average in his junior and senior seasons. He finished his collegiate career with 2,602 points, which set EIU and Ohio Valley Conference Records.

Nick Reick joined Windy City this season as the Manager of Basketball Operations. Prior to joining the Bulls, Reick was the Director of Operations - Video for the mens basketball team at the University of Houston (2021-22). Reick also served as a video coordinator for the German National Team (2010-21) ad a video associate for the Minnesota Timberwolves (2020-21).

Paul Miller joined Windy City as an Assistant Coach this season. Miller got his start with the Chicago Bulls in 2011 when he became a video intern. Over the next decade with the Bulls, Miller worked his way up to assistant to the head coach -- a role he held from 2019-22 -- before moving over to Windy City’s coaching staff.

Kwadzo Ahelegbe is on the Windy City staff as an Assistant Coach after spending time with the Minnesota Timberwolves as a Video Coordinator. Prior to getting his start in coaching, Ahelegbe starred for the University of Northern Iowa from 2006-2011. During his time with the Panthers, Ahelegbe helped lead Northern Iowa to two NCAA Tournament appearances. He was also named to the MVC All-Defensive Team three times as well as MVC Defensive Player of the Year in 2011. He also received All-MVC Second Team and All-MVC First Team honors in his redshirt sophomore and

Chris Kent enters his first season as Assistant Coach with the Windy City Bulls. Kent joined Windy City’s staff after several seasons on the Chicago Bulls bench. With Chicago, Kent started out as a coaching intern for the 2018-19 season before being promoted to video coordinator and eventually assistant coach.

Mike Greenman enters his first season as Video Coordinator after serving as a basketball operations assistant last season. Prior to joining the Bulls, Greeman worked as Director of Basketball Development and Innovation for Virtual Repetitions (2020) and was a Graduate Assistant for Northwestern's Men's basketball team (2018-20).

Marko Andjelkovic enters his first season with the Windy City Bulls. Prior to joining the team, Andjelkovic worked with numerous teams and players in the NBA as a guest coach. Most recently, he helped coach the Denver Nuggets (2021), the Utah Jazz (2019) and the Los Angeles Clippers (2019). Anjelkovic has worked with the following NBA players; Bogdan Bogdanovic, Luka Samanic, Marko Simonovic, Ben McLemore, Cameron Payne, Jaxson Hayes and Nickeil Alexander Walker.