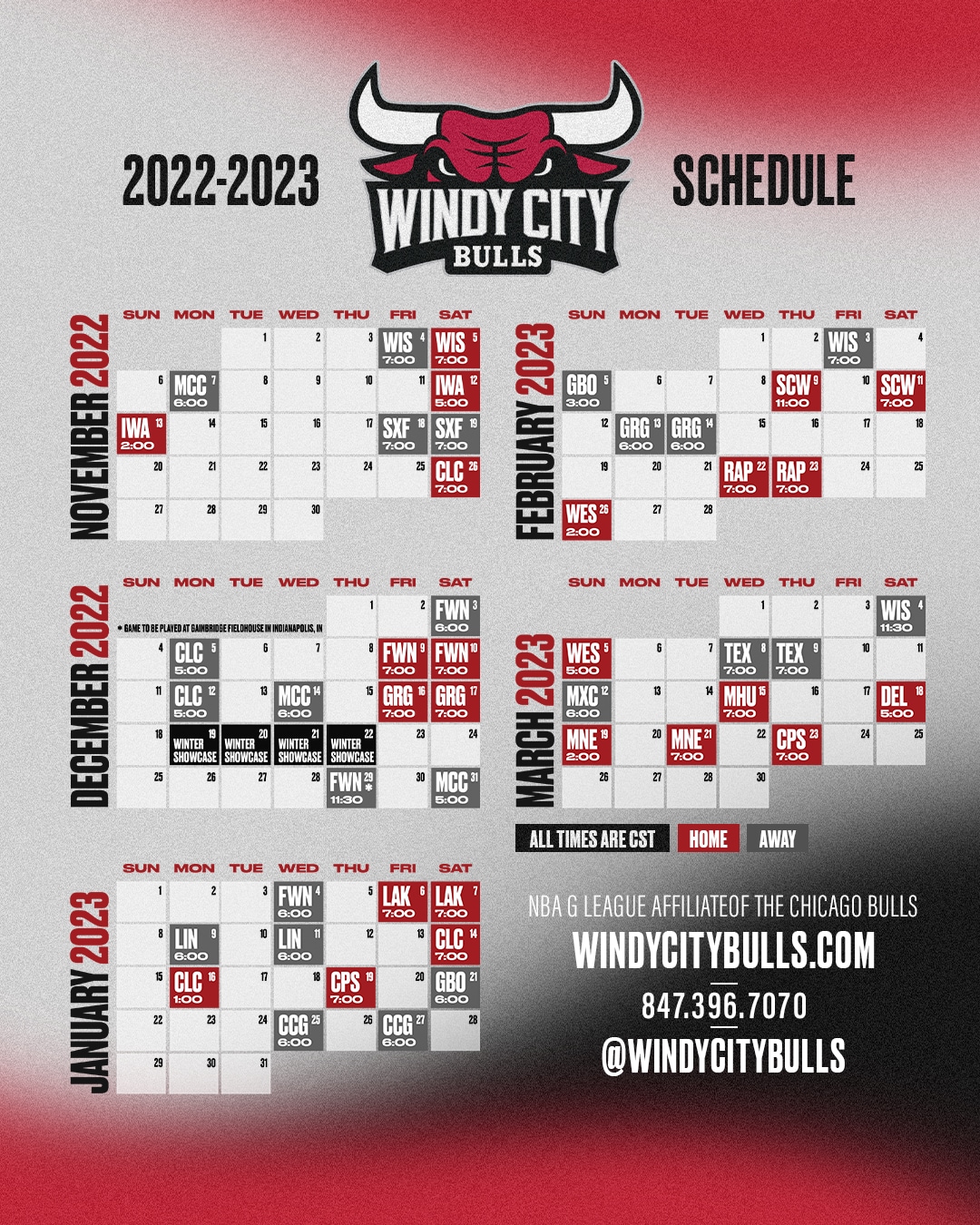 The Windy City Bulls, presented by BMO, the NBA G League affiliate of the Chicago Bulls, tip-off the franchise’s sixth season on the road Friday, Nov. 4 against the Wisconsin Herd in Oshkosh, Wisconsin. The next day – Saturday, Nov. 5 – both teams travel to Hoffman Estates to square off at NOW Arena for Windy City’s home opener at 7 p.m.

The Bulls’ Nov. 5 home opener is one of 16 weekend home games on the regular season schedule this season.

The team will host its annual 11 a.m. Education Day, presented by BMO, on Thursday, Feb. 9.

Windy City has also released its Six-Game Championship Membership Package Promotional Themes and Giveaways that are included in the limited edition package that also includes exclusive replicas of each Chicago Bulls Championship Ring:

The team’s full promotional schedule will be released in the coming weeks.

After only playing Eastern Conference opponents last season, Windy City has ten games scheduled against Western Conference foes this season. The Bulls are hosting the Iowa Wolves on Nov. 12-13, the Santa Cruz Warriors on Feb. 9 and 11 and the Memphis Hustle on March 15. Windy City will head to Sioux Falls for games on Feb. 18 and 19 and fly south to play the Texas Legends on March 8-9 before traveling to Mexico for the first time in franchise history to play Mexico City Capitanes on March 12.

Playing out of Arena CDMX in Mexico City, the Capitanes are one of the newest additions to the NBA G League, joining the league for part of the 2021-22 season. Last season, the Capitanes were led by former Windy City star Alfonzo McKinnie, whose performance with Mexico City helped earn him a mid-season call-up to the Chicago Bulls.

Ticket Memberships and Group Experience information for the 2021-22 season may be found at WindyCityBulls.com or by calling 847-396-7070. For a printable version of Windy City’s complete 2022-23 schedule, including game times, please click here.